Ol’ Brody’s been interested in weird goings-on ever since Hector was a pup (and Brody, too). As a kid I read Frank Edwards’ “nonfiction” stuff with glee. Weird hauntings and improbable things happening, like the story of a Revolutionary War battle being won when the fort ran out of shot and used stale cheese. Now, Brody’s trail biscuits are good for both breaking a tooth and being shot from a Sharps buffalo gun, but cheese?

In 1865 Uruguay and Brazil shot it out using cheese balls.

That hardly seems possible, but Mythbusters showed that it was.

Just between me and you, stick with lead.

It’s easier to clean the gun after shooting the bad guys. 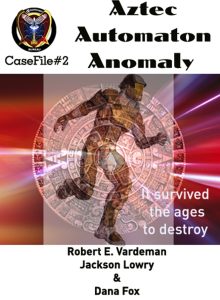 It Survived the Ages to Destroy!

Download your FREE copy of this Steampunk Classic: Just Ol’ Brody’s way of saying THANK YOU for being a fan.

A 3-in-1 entertainment treat! Jackson Lowry, Robert E. Vardeman and Dana Fox have collaborated on this unique novel set in three different histories. Immediately following the story related in The Great West Detective Agency and Four Lives. reluctant detective Lucas Stanton finds himself engrossed in a sad tale from a lovely lady. She is sure her archeologist father is in serious trouble. Lucas finds out how much danger when he discovers that an Aztec relic — a golden monster — has been unearthed. He barely escapes with his life. And the monster begins digging. And digging. And digging…

The second part of the story involves Thomas Edison and his mining excursion to New Mexico (a real event). The redoubtable Edison captures the still animated metal Aztec giant and takes it back to Menlo Park.

From Denver to Santa Fe to New York City. the unstoppable robot rages!

Get Your Free Book

While the population of Colorado Springs has grown, it’s still more or less the tranquil li’l Western town General William Jackson Palmer envisioned when, in 1871, he founded the Fountain Colony with Dr. William Abraham Bell.

Later called Little London and finally Colorado Springs after the water springs on Monument Creek, the city was to be an idealized western utopia with liquor prohibited and the high altitude-air serving as a potential restorative for tuberculosis.

Meanwhile, in nearby Colorado City, patrons could find all the hedonism they wanted through a series of underground tunnels connecting the water holes, prostitution parlors, and opium dens.

The network of secret passageways was every bit as ingenious as it was clandestine, known to a certain clientele of the wild-west burg, completely hidden from the faint of heart.

On any given day, John Smith could walk into a respectable shop on the north side of the street and emerge a block away on the south side in an opium den, gambling joint, or saloon. When John Smith emerged from the respectable shop an hour later, nobody was the wiser as to where he’d actually been spending his time.

Learn more about the history of Colorado Springs online, and read The Guns of Legende, Book 5: Colorado City Kill in August! 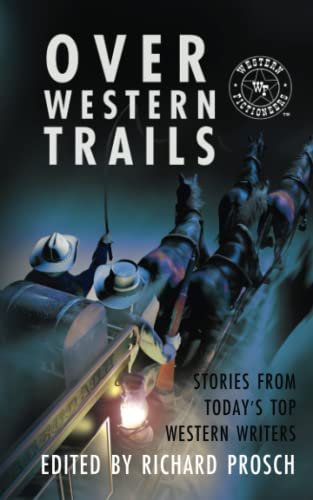 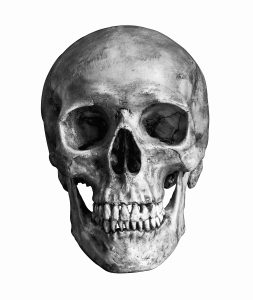 Back in the 1800s phrenology was a “science” and the Army Museum collected heads to study the bumps. After the Modoc War and chief Captain Jack was hanged, his head was sent off to DC for study

(Captain Jack is a fascinating story–he was responsible for the death of General Canby, the only general officer killed in the Indian Wars. Lots More on this in the Battle of Lost River

But lumps on the head are one thing, as ole Brody can testify, having his fair share. Having your skull spirited away is another. William Quantrill, notorious Confederate guerrilla leader, was shot and killed and buried. Only later did his brother dig up the body at their mother’s request. Mamas ain’t supposed to rob graves. Or maybe his brother felt guilty and only took the skull…which was shellacked and used as decoration by an Ohio fraternity. And nicknamed Jake.

Read all about Jake here for a peek into another era.

And for even more fun, be sure to read Duel At Dodge City, the latest installment in the Society of Buckhorn and Bison saga.